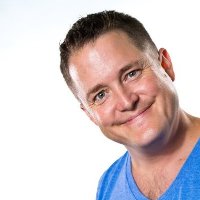 With certificates from Ringling Brothers and Barnum & Bailey Clown College and The Dell’Arte International School of Physical Theater and a B.A. in Religion Jeff blends clown, creativity and compassion into performances and workshops that focus on physicality and fun. Jeff has appeared on a multitude of traditional and non-traditional stages.  For 14 years, he worked with kids with chronic and life-threatening illnesses as part of The Big Apple Circus Clown Care program and Paul Newman’s The Hole in the Wall Gang Camp: Hospital Outreach Program. Jeff has partnered with Performance of a Lifetime and Tape Art in order to share his methods with both the Corporate World and the Medical community.

Founded in 2011 Proponent of Play creates safe atmospheres for people to develop through mindfulness and movement.  Workshops focus on the developmental power of play wherein communication and community can flourish.