Jeff Smithson is a proponent of play. He blends clowning, creativity and compassion into performances and workshops that focus on physicality and fun. Jeff has appeared on a multitude of traditional and non-traditional stages. For 14 years, ...

In order to generate a space that is safe for creativity one must establish an atmosphere of trust. Communication begins in the body.

Grasping onto who we know ourselves to be can limit our growth. Letting go of the monkey mind and moving in new ways can create space for new discoveries. 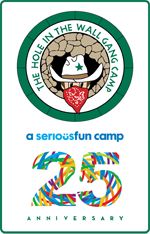